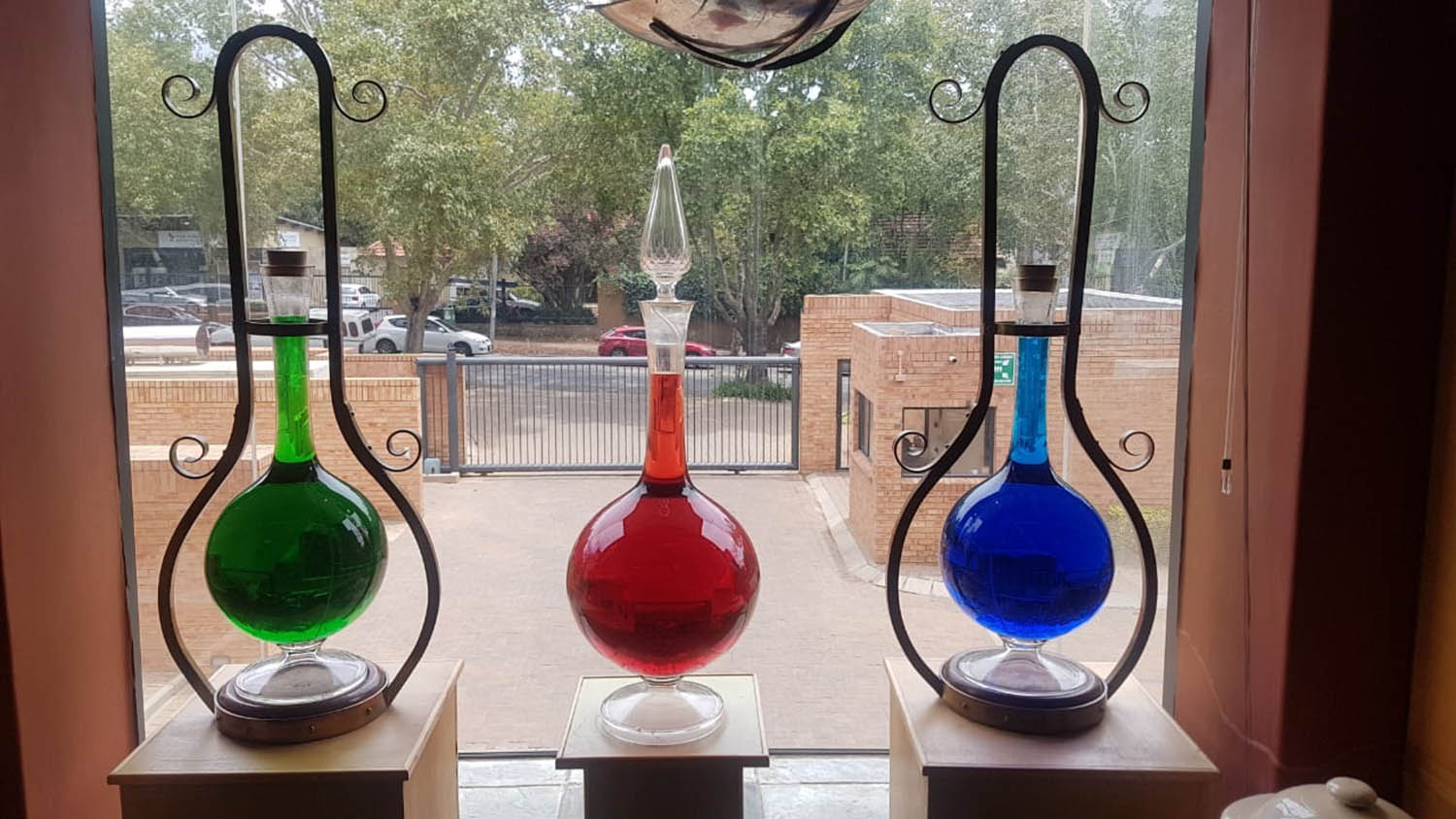 The Carboy is the symbol that distinguished a pharmacy from other shops.

The carboy with red, green and other coloured waters first appeared in England in about 1550 and soon became recognised by the public as the sign of a shop where medicines were prepared and sold.

There are many stories about the carboys and their coloured waters which lend a touch of magic, myth and mystery to their history.

Some claimed the colours represented the waters of sacred rivers or that the red and blue were the colours of arterial and venous blood.

Carboys also indicated the purpose of the shop in the days when few could read. They identified a pharmacy as separate from a herbalist.

Others believe that apothecaries in the English coastal towns adopted the red and green colours in their carboys from the colours of navigation lights to guide sailors who needed aid after water-front brawls.

Pharmacists recognised that the public was aware of the significance of the carboy and took great care to prepare the correct colours. In the 1800’s some tried and tested formulas were published to get the correct colours for red, green, emerald and other colours.

The S.A.Pharmacy Museum at 52 Glenhove Rd. has some 12 examples of carboys and also some examples of show-globes which were also used as displays in pharmacy shop windows.