What’s on the Curators Desk? 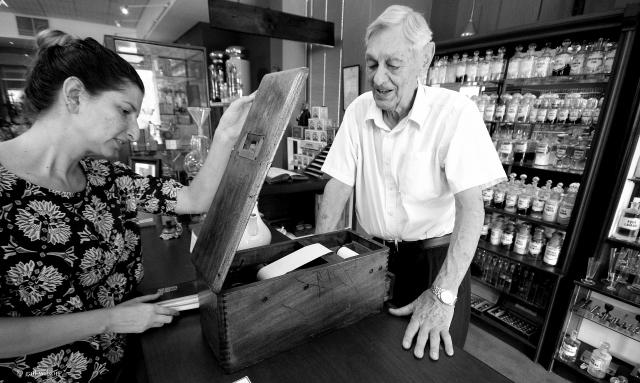 The photograph with this article are obviously of instruments which were used for optical testing.

Why are they in the Museum which is of the history of pharmacy?

Some research revealed that long before “Optics” became known as a profession in its own right in South Africa hundreds of Chemists and Druggists, as the pharmacists of that time were known, were providing this important service to the public.

Courses of study designed for Chemists and Druggists were provided and enabled them to practice in the dual role of Chemist and Optician.

The Government Gazette number 3544 of the 14th of September 1945, in notice number 1675, published “The Rules for Registration of Optometrists”

This provided for the Medical Council to be the registering body and to approve the recognized study courses.

Following this announcement a number of Chemists and Druggists gave up pharmacy to follow optics as a career.

The instruments in the museum are obviously from a pharmacy that chose to remain in pharmacy.